“Hart Club is the new gallery hoping to increase the visibility of neurodiverse creatives”. 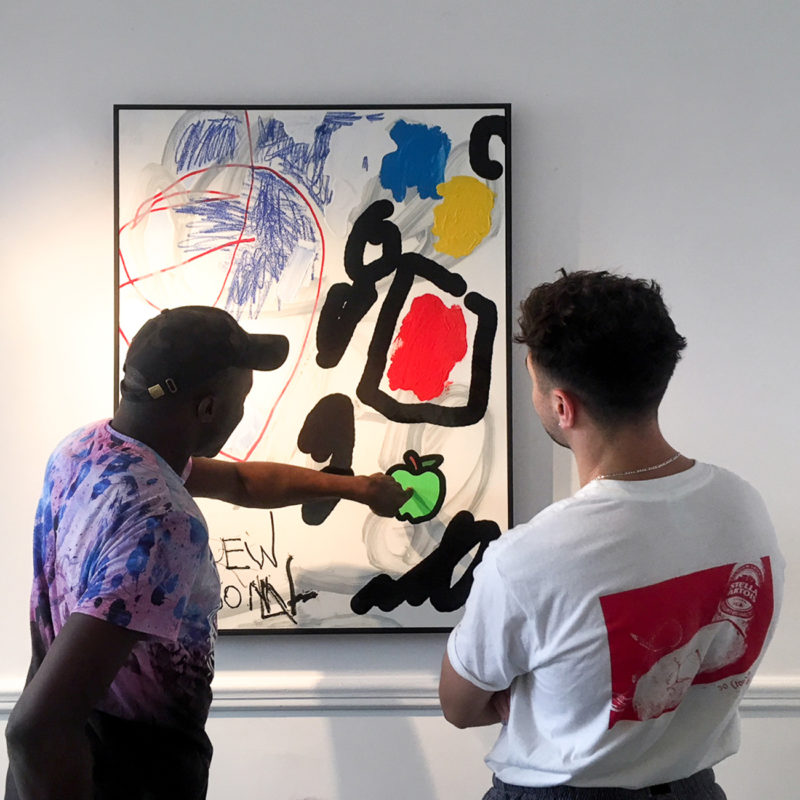 Back in October 2017, Helen Ralli collaborated with an organization called Exceptional Individuals to curate an exhibition titled Great Minds Think Different. Showcasing the work of 30 artists, the focus was on creatives who operate outside the boundaries of neurotypicality. This was the genesis of Hart Club, Helen’s south London-based gallery space, which is currently showing work by Andy Ogungbemile and Donal Sturt.

While in the process of arranging Great Minds Think Different, Helen came into contact with the Camberwell Incredibles, a group of 12 diverse adults who’ve been meeting for around twenty years or so, but up until now have had no public-facing exhibitions. “This inspired me to want to provide a focused platform to champion neurodiversity within the arts, and the final push came when the property owner of the previous space I was running, V3, decided to demolish the building,” Helen tells It’s Nice That.

The idea is, she says, “to work closely with existing charities and organisations – who run long-standing facilities to support the making of neurodiverse artwork – to provide a space for the results to be publicly exhibited.”

The overarching aim of Hart Club is to increase visibility of neurodiverse creatives, and to generate positive representation. As Helen says, “People with additional needs are often marginalised from mainstream society. This kind of invisibility or lack of contact promotes categorisation and stereotype. In terms of addressing this, I think that language is an easy place to start: Hart Club does not refer to these artists as having a ‘disability’, preferring neurodiversity.”

Discussing the collaborative nature of the work on display at Training, the gallery’s first full show, Helen says, “it’s a case of the sum being greater than two parts, so bringing people together with very different skill sets to best enhance what each person contributes.”

Helen sees the future of Hart Club being one in which the economic realities of making art in 21st century Britain are melded with a humanist, community-minded outlook. “Whilst Hart Club is not commercially driven, I would love for us to be in a position where we were selling work to provide these artists with an opportunity to be creatively and financially recognised, and seed funds back into the services that support them,” she says.

“It would be incredible one day if we were in a position to be involved in the facilitation of the work, as well as its exhibition: an alternative art school, for example!” Original article by Josh Baines.

Read the original article on It’s Nice That via the link below.