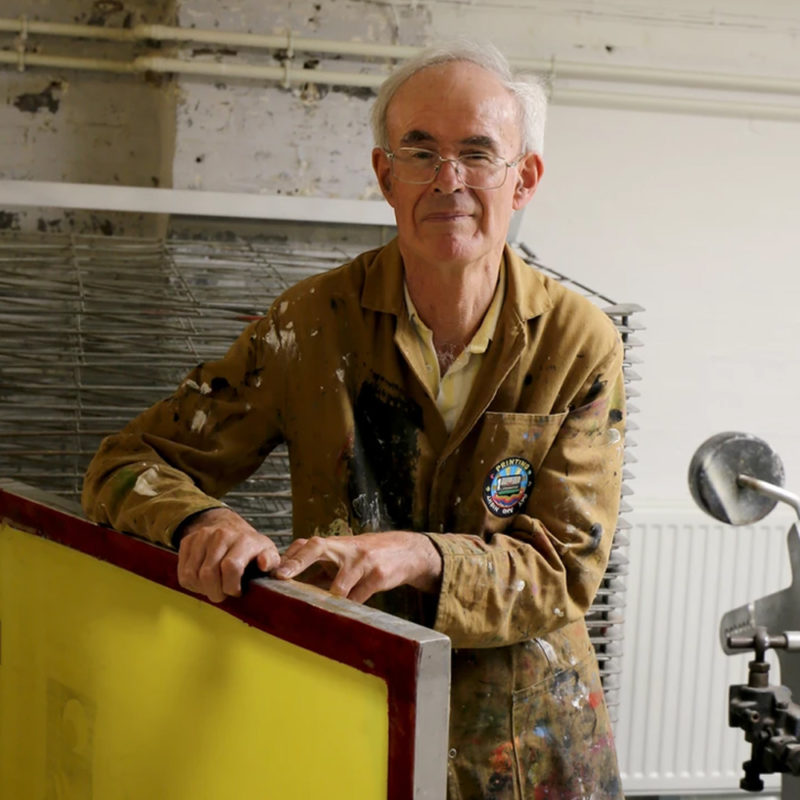 Hart Club is a non-profit organisation based in SE1, just opposite Lambeth North Station, dedicated to championing neurodiversity in the Arts. Their project space regularly hosts community focused workshops and events and consists of a gallery, ceramics and print studios and inclusive design studio. You might have spotted the giant heart on the outside of their building!

They work alongside organisations and charities that facilitate artists with learning disabilities, head injury, dementia, autism and other neurological variations in order to provide a platform for their creative output that so often goes unseen.

David Bassadone is one of the artists Hart Club represents and we were thrilled to commission him to capture and bring to life elements of this year’s festival.

David has an incredible eye for detail and a photographic memory that allows him to recreate chosen images with remarkable density and accuracy. Having been drawing avidly almost everyday for over 60 years, David’s debut exhibition hosted last year at Hart Club was received to great acclaim.

His main resource and inspiration for his drawings are BBC pamphlets from the 1950s that he studied at school, alongside The National Geographic, which he collects and archives at home. Due to his exceptional memory, David can recall the exact images and corresponding page numbers from books he hasn’t seen since he was a child. His support worker then requests the archive images from UCL and the National Library of Wales, which David transforms into astonishingly intricate pencil and pen drawings predominantly of cityscapes and industrial landscapes.

For this years Waterloo Festival we commissioned David to recreate iconic photographs that capture St John’s and the atmosphere of previous festivals. Hart Club also created a custom font – which you can see used throughout the site – which emulates David’s handwriting.